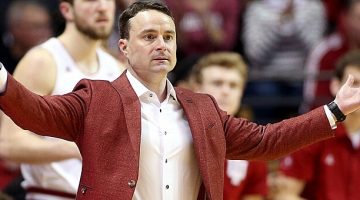 Archie Miller Out at IU

Indiana University announced Monday that it had fired head men’s basketball coach Archie Miller after just four seasons with the school. The Hoosiers lost six straight games to wrap up the 2020-21 season, finishing with a 12-15 record. Miller came to Indiana in 2017 after spending the previous six seasons at the University of Dayton. […] 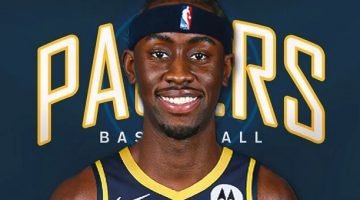 LeVert Getting Close to Return

The Indiana Pacers begin the second half of the NBA season with a 16-19 record, which has them just outside of the playoff standings in the Eastern Conference. Indiana is in second place in the Central Division, but it trails the Milwaukee Bucks by six games. It will likely take a big second half of […] 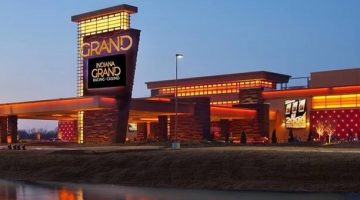 The Indiana casino and sports betting industries have started to bounce back after a few rough months in 2020, but a major boost is expected this month. The 2021 NCAA Men’s Basketball Tournament will be held in Indianapolis and the surrounding areas, and fans will descend upon the state. There will be limited attendance at […]

A long and exhaustive investigation by the Indiana Gaming Commission has finally come to an end, and it has major benefits for the future Hard Rock Northern Indiana Casino in Gary, Ind. That project was put on hold as the IGC was looking into a longtime Indiana casino executive. It was announced this week that […]

The 2021 Missouri Valley Conference men’s basketball tournament is set to begin this week, and three teams from the Hoosier State will be in action. “Arch Madness” will kick off on Thursday, and a champion will be crowned on Sunday. Indiana State is the number four seed in the MVC Tournament, and it will take […]

The Carousel Group was able to secure market access into the state of Colorado in 2020, but that company is set to take a huge leap in 2021. On Friday, it was announced that the Carousel Group has gained access to New Jersey, Iowa, and would be offering sports betting in Indiana, three of the […] 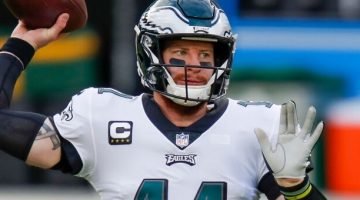 The Indianapolis Colts have completed a trade with the Philadelphia Eagles to acquire quarterback Carson Wentz. There were several teams that were interested in acquiring the former Eagles franchise quarterback, but the Colts were able to come up with the best offer. Indianapolis will be sending a third-round draft pick in 2021 to the Eagles […]

After a terrific 2020 calendar year for the sports betting industry in Indiana, 2021 is already off to an excellent start. Indiana reported a total sports betting handle of $348.2 million in January, but there was a new sport leading the way this time around. With another record-setting month in January, it now marks the […]

The Indiana Hoosiers men’s basketball team still has some work to do if it is going to reach the NCAA Tournament this season. Indiana enters play on Thursday with a record of 11-9 overall, and it is sitting in eighth place in the Big Ten Conference. In conference play, the Hoosiers have gone just 6-7, […] 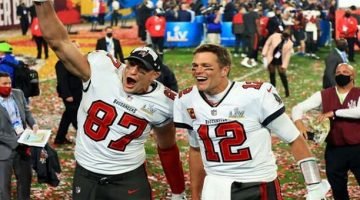 Super Bowl Sunday always provides a huge boost to the entire US sports betting industry, and this year was no different. Official handle and revenue numbers will be reflected in the February totals for each state, but Geocomply has already delivered a glimpse of how large those numbers could be. Geocomply is a geolocation service […]