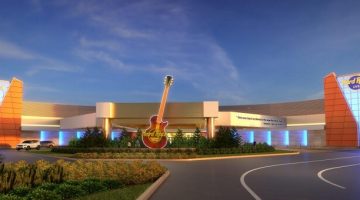 Gary, Indiana, was expected to have a brand new Hard Rock Casino built and opened this spring, but that might no longer be the case. A legal dispute is underway, and it could leave the newly constructed property empty for months, according to the Indiana Gaming Commission. The Majestic Star Casinos in Gary have been […] 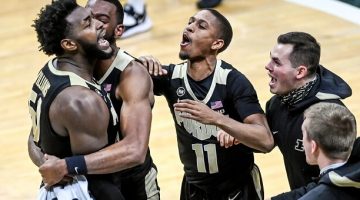 The Purdue Boilermakers’ men’s basketball team was recently voted into the Top 25 for the first time all season in what has been a strange year for Matt Painter’s squad. Purdue has now won five of its last six games and enters this week with a 7-4 record in Big Ten Conference action. The Boilermakers […] 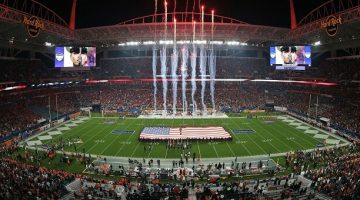 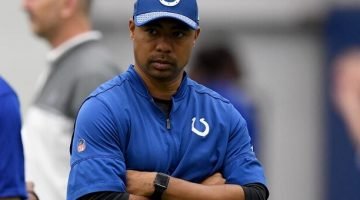 The Indianapolis Colts have named Marcus Brady the new offensive coordinator, effective at the beginning of the 2021 season. Brady has been serving as quarterbacks coach under head coach Frank Reich but will now have control over the entire offense. Brady will replace Nick Sirianni, who has been hired by the Philadelphia Eagles as their […]

The Pokagon Band of Potawatomi Indians could soon begin offering sports betting and other gaming services in the state of Indiana. This tribe operates the only tribal casino in the state, and it was recently able to sign a new gaming compact agreement with the governor. Earlier this week, Governor Eric Holcomb and the Pokagon […]

LeVert Out After Mass Found

Last week the Indiana Pacers acquired forward Caris LeVert from the Brooklyn Nets in exchange for sending Victor Oladipo to the Houston Rockets. It’s unclear when or if LeVert will suit up for the team this season after a mass was found on his left kidney during a physical examination. The Pacers announced the news […]

The sports betting industry in Indiana continues to set new records, this time breaking the $300 million mark in total handle for the first time. The Indiana Gaming Commission announced earlier this week that total sports betting handle during the month of December was $313.4 million. The $313.4 million was a 25 percent increase from […]

Colts Season Comes to An End

The NFL season is over for the Indianapolis Colts after suffering a 27-24 loss to the Buffalo Bills in an AFC Wild Card Round Playoff Game. Indianapolis was a 6.5-point underdog against the number two seed in the AFC and came up just one score short. The Colts made it to the playoffs as a […]

In December, the Eastern Band of Cherokee Indians (EBCI) agreed to purchase the Caesars Southern Indiana property for $250 million. There was plenty of debate that took place before the agreement was made, and it appears that new opposition has emerged. A group of EBCI tribal members has now filed a petition to overturn the […]

The NCAA announced on Monday that the entire 2021 NCAA Men’s Basketball Tournament will be held in Indianapolis and the surrounding areas. This idea was first discussed back in November, but it became official this week. Sixty-eight teams will once again participate in the NCAA Tournament, and a majority of the games will be played […]